(This Southeast Bargain Loop post is a guest contribution by budget travel expert Tim Leffel; he’s a Nashville resident when he’s not traveling with his family in Mexico and Belize.) 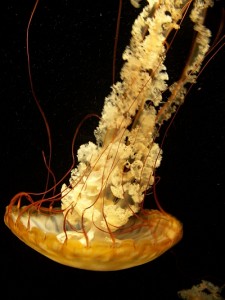 As the author of the books The World’s Cheapest Destinations and Make Your Travel Dollars Worth a Fortune, I get a lot of calls from reporters and readers asking for cheap family travel ideas. My main advice for domestic travel is to spend time outside the big cities and major tourist draws.

Smaller towns and cities are frequently half the cost when it comes to lodging and attractions.

The following loop takes place around my home town of Nashville, Tennessee, and has some great travel spots with kids.

Start in any of the destinations covered below if arriving by car or plane, or arrive in Atlanta and get out of town, driving the two hours to Chattanooga.

This is, hands down, one of my favorite small cities in the U.S. for family travel. The revitalized downtown is a case study in how to create a pedestrian-friendly and bike-friendly central core on two sides of a river.

There are quite a few hotels in the thick of things, or stay at the Holiday Inn Chattanooga Choo-choo (where I recently scored a Priceline deal under $50 a night) and take the frequent electric shuttle bus to downtown. The excellent fresh and salt water Tennessee Aquarium here is $22 adults/$15 kids compared to $5 more each at Atlanta’s Georgia Aquarium. Or you can spend a bit more and get a combo ticket with the IMAX theater. Don’t bother printing out the fake coupons on the Chattanooga tourism site though: it’s the same price if you just walk up to the window.

There are plenty of other attractions you can drop money on here, so pick carefully between famous Rock City, Ruby Falls, the Incline Railway, a minor league baseball stadium, and the Children’s Discovery Center. On the north side of the river there’s a great restored carousel (50 cents a ride for kids 12 & under), a theater, an attractive park, funky shops, and reasonable restaurants. 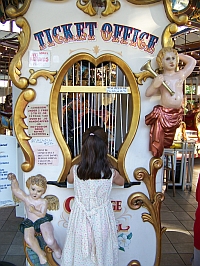 From Chattanooga you can head two hours northwest to Nashville or southwest to the Unclaimed Baggage Center on the way to Huntsville.

Nearly equidistant from Chattanooga and Huntsville, Alabama’s Unclaimed Baggage Center is where homeless bags and their contents end up. Imagine a giant Goodwill store filled with things you actually want to buy. People tend to take their best stuff on vacation, so clothes are often near-new and I bought two shirts that actually still had tags on them. Naturally there are lots of sun hats, snorkels, MP3 players, and suitcases, but also a wide range of other items, from books to golf clubs to unopened cosmetics. I scored about $200 worth of stuff for $60 and I saw some families filling up entire shopping carts.

There’s no cost to look around and there’s a cafe on site if you need to rest up for a second round.

There’s no real reason to stick around this area for the night, so move on to Huntsville, but stop by Cathedral Caverns on the way and take in an impressive cave complex for $10 adults, $5 kids.

Huntsville‘s main claim to fame is the National Space and Rocket Center. At $25 for adults and $20 for kids (combo ticket with a movie), this is not a cheap stop, but the center packs a lot into that admission charge.

The center is an impressive museum indoors and out and has plenty of rides and activities to keep the kids from getting bored. Because of that mix, it’s easy to spend most of the day here, climbing the rock wall, riding the G-force ride, and seeing a 3D movie. The rocket displays are impressive, including a huge Saturn 2 rocket displayed horizontally in stages, with Apollo moon mission artifacts around it.

The nearby Botanical Gardens are expansive and are usually featuring some kind of event or educational program. Downtown, Constitution Village reenacts southern life in the 1800s and Early Works children’s center accomplishes the same thing through fun, hands-on activities and dress-up options (combo ticket for both $15 adults, $13 kids).

The most convenient hotels are the Huntsville Marriott right next to the Rocket Center and the downtown Holiday Inn Huntsville, which is walking distance to the Twickenham Historic District of centuries-old homes, Constitution Village, and downtown restaurants. Several cheaper hotels require more driving, but parking is cheap or free everywhere in town. Huntsville Hotwire prices for June are running $39 to $48. See more on the city at Huntsville.org.

Music City USA is no secret as a place to vacation, but America’s 43rd-largest city is no overpriced tourist trap either. For one thing, it was already overstocked with hotel rooms before a bunch more opened just as the recession kicked in. You can easily find a 4-star hotel for less than $200 almost any week and a 3-star hotel for $100 or less on the regular booking engines. Great deals abound on Hotwire and Priceline. 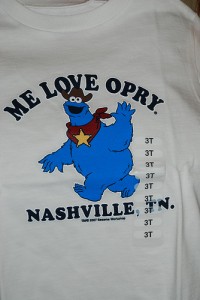 In general, Nashville’s attractions are reasonably priced. The excellent zoo [$14 adults, $9 kids) was built in “natural habitat” style and is big enough to occupy a few hours. The kids’ eyes will light up like it’s Christmas morning when they see the giant playground here, with multiple levels of climbing towers, rope ladders, and slides. My daughter has seen more than her share of playgrounds, but this is still her favorite one anywhere.

In the summer, Wave Country is a downright bargain at $12-14 adults, $10-12 kids. It’s a modest water park, but the little ones love the slides and the adults like floating around the wave pool on the included inner-tube-type floats with handles. For a full-blown water park, hit 385-acre Nashville Shores instead ($25 adults, $18 kids, half price after 3:00). If you have bikes along, Nashville is now blessed with some great free greenways, one extending over 30 miles between Percy Priest Lake and Shelby Park (passing right by Wave Country, incidentally).

In a city where half the residents seem to be musicians or songwriters, it’s never hard to find cheap or free entertainment options, very few of them starting late at night. The Nashville Library runs one of the best puppet programs in the country, with rotating free shows on weekends. There’s plenty more going on in local parks and nature centers; see the Music City Visitors Center site for coupons and events. If you’ll be spending more than a few days here, an Entertainment Book or Citipass book of coupons will pay for itself quickly. Check the Nashville Scene paper and local parenting magazines for free events.

I’ve mentioned hotels above, but Tennessee and Alabama also have plenty of campgrounds and state parks with cabins, some with lakes and well-known (but rarely crowded) public golf courses.

Finish this loop where you started, probably without even refilling your gas tank, and without spending a few grand on a family vacation.

Tim Leffel is the author of several travel books and editor of Perceptive Travel. He also writes product reviews for the Practical Travel Gear blog and dispenses cheap travel advice on the Cheapest Destinations Blog.