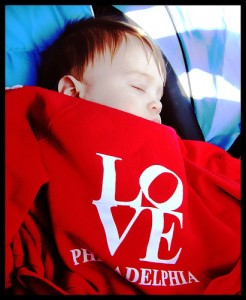 We’re going in alphabetical order but started with the end, so our first state for the series was Wyoming, then we investigated Wisconsin , West Virginia , Washington, Virginia, Vermont, Utah, Texas, Tennessee, South Dakota, South Carolina, Rhode Island and now we’re moving on to….Pennsylvania!

I was inundated this week by social media-savvy Pennsylvania folks and their input….hurray!

Their state tourism organization is on Twitter at @PATourismPR (update – and for more visitor info see @VisitPA.)  They aren’t on They are on Facebook at the VisitPA Facebook page, and so is Pennsylvania State Parks.

***  From Kimberley Kradel via @ArtistAtLarge on Twitter  — Don’t know if it’s still a favorite, but when I was a kid in West PA, my favorite was a day at Kennywood on the old roller coasters! [Yes, it is still there!]

***  From Wendy Perrin via @WendyPerrin on Twitter  — My 3 boys’ fave family-friendly event in PA is “A Day Out With Thomas [the Tank Engine]” in Strasburg https://www.strasburgpa.com. We go every September.

***  From Kayt Sukel via @TravelSavvyKayt on Twitter  — Love the Carnegie Science Center in Pittsburgh. Also partial to Kennywood amusement park.

***  From Kim Haynes Hollenshead via @Kim_Hollenshead on Twitter  — Can you add a tour of Herr Foods in Nottingham PA? https://www.herrs.com/SnackFactoryTours.html Nothing’s better than a hot/fresh chip!

***  From hchybinski via @hchybinski on Twitter  — for family-friendly travel in Philly,  check out the @pleasetouch if you have young ones – there is discounted admission on certain evenings.

***  From MechTeach via @mechteach on Twitter  — summer weekend deals at Seven Springs, children’s and science museums in Pittsburgh, fall festival at Hartwood Acres.

***  From Sarah Vela on Facebook – Sesame Place – haven’t been in about 8 years, but it was a nice theme park. Not too overwhelming.

***  From Marilyn McCray on Facebook  —  I’m sure you got Hershey PA with Hershey Park and the Hershey Zoo but they also own another park, Dutch Wonderland, aimed at a younger audience. Not to be missed in Hershey is Chocolate World. Since the factory tours are no longer offered, the Hershey company hired some of the designers from Disney to create a ride that takes people through the process of making chocolate candy. see https://www.hersheypa.com.

***  From Mara Gorman on Facebook  —  Where to start? OK, I’ll pick one: Longwood Gardens, which has both an outdoor and an indoor children’s garden, one of the world’s most beautiful conservatories, and enough fountains to satisfy young and old (some of them are even coordinated to music). See my post about it at https://www.motherofalltrips.com/2008/09/out-and-about-with-kids-welcoming-fall-at-longwood-gardens.html.

***  From Peter Justen on Facebook  —  I’d have to go with the Ligonier area. Beautiful scenery, tons of family activities, relatively inexpensive….not sure how old your kids are but there is a great theme park for the little guys…

***  From Lucy Baker on Facebook  —   Story Book Forest at Idlewild Park in Ligonier, PA. Used to go there as a kid every summer — and it’s still there! Video:  https://www.youtube.com/watch?v=hn7cbFaKmwM

***  From Jeremiah McEnerney on Facebook  — Its a big state, and to many, it’s like three different ones: Philly, Pittsburgh and Central PA.  (We didn’t spend too much time in Pittsburgh.)
For central PA:
1. Harrisburg Senators game on City Island in the middle of the Susquehanna River…fun just to get there.
2. PA Farm Show at the Farm Show Complex in Harrisburg. Always a hoot.
3. Central PA is big on fruit. Apple Fairs in the Fall, and for a special kick, go to the Utz Potato Chip Factory in Hanover, Pennsylvania. Fresh potato chips never tasted so good!
4. Gettysburg…walking Picketts Charge gives quite a sense of drama of it all, or standing in the place where Lincoln said the Gettysburg Address.
5. Hershey Park.
6. See the championship double AA Hershey Bears hockey team.

In Philly:
1. The Army-Navy [football] Game, when it’s there.
2. Franklin Institute
3. Commodore Perry’s footsteps from the USS Olympia. “You may fire when ready, Gridley”.
4. Constitution Hall and the Liberty Bell.

On the BootsnAll Travel Network, here is the Pennsylvania Travel Guide.

Thanks so much for the contributions – the next state in the series is Oregon.

Send your Oregon highlights to @SheilaS on Twitter or write them on my Facebook Wall (please tell me you’re a 50 state-er if you want to friend me.)

Please add your own Pennsylvania suggestions in the comments below, if we’ve missed anything. Thanks!