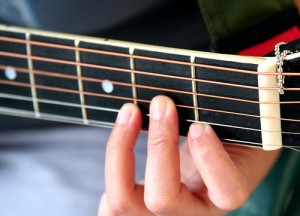 Please don’t email suggestions to me;  that’s nice but it is one-to-one communication. Tweet me and/or Facebook me, so that all of our networks can see what’s cool about your state.

We’re going in alphabetical order but started with the end, so our first state for the series was Wyoming, then we investigated Wisconsin , West Virginia , Washington, Virginia, Vermont, Utah, Texas and now we’re moving on to….Tennessee!

***  From Cathleen Rittereiser via @CathleenRitt on Twitter – Memphis: Graceland, the National Civil Rights Museum and the ducks in the Peabody [Hotel.]

***  From Rebecca McCormick via @hotspringer on Twitter – For family fun in TN: https://www.wahoozip.com [Ziplining – Yeah, Baby!]

***  From Jill Knouse via @jillknouse on Twitter – lots of fun things in Gatlinburg!

***  From Dave Jones via @TNDayTripper on Twitter – How many of TN’s family-friendly, non-commercial attractions can you name? National Geographic Traveler named these: Family Vacation Planner for Tennessee.

***  From Lanora Mueller via @WritingTravel on Twitter – Your kids will love eating at a “meat-and-three” in Tennessee: Nashville in Escapes.

***  From Antonia Malchik via @amalchik on Twitter – National Storytelling Festival in Jonesborough, TN, every October! About my favorite thing to do all year. [Read her post about the Festival on Perceptive Travel blog.]

***  From Elmer Boutin via @rehor on Twitter – Graceland is cool and kid-friendly though many kids might not want to go there. [My kid didn’t either but I took her anyway; now she’s an Elvis fan.]

***  From Mike Goheen via @vistavision on Twitter – It’s kinda goofy, but I always liked the Lookout Mountain attractions in Chattanooga when I was a kid. [On Twitter at @VisitLookoutMtn]

***  From Paul Brownell via @PaulbAustin on Twitter – Gatlinburg/Pigeon Forge has a ton 4 kids. Dollywood, downtown sites and Cades Cove park not far away.

***  From Kayt Sukel via @TravelSavvyKayt on Twitter – I’m assuming you got Dollywood? It’s oh-so-kitsch but a lot of fun! [Yep, I’ve been there, it’s much better than many might think!]

***  From Dan Mosqueda via @DanCMos on Twitter – We had a terrific trip in Pigeon Forge. I highly recommend https://www.sugarmaplecabins.com (Sugar Maple Cabins) – awesome views, clean. It is seriously stunning there in terms of beauty. The main drag is tacky, but the rest is nice. Gatlinburg is much improved too.

***  From Shannon Hurst Lane via @Cajun_Mama on Twitter – The https://museumofappalachia.org and also https://www.dollywood.com. A MUST is Big Ed’s Pizza in Oak Ridge TN. My kids loved watching the pizza makers.

Thanks so much for the contributions – the next state in the series is South Dakota.

Send your South Dakota highlights to @SheilaS on Twitter or write them on my Facebook Wall (tell me you’re a 50 state-er if you want to friend me.)

Please add your own Tennessee suggestions in the comments below, if we’ve missed anything. Thanks!