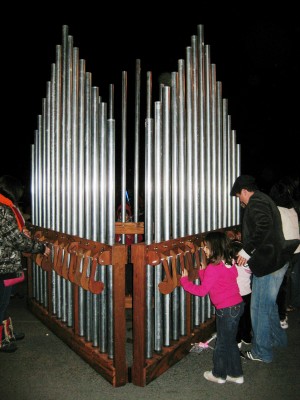 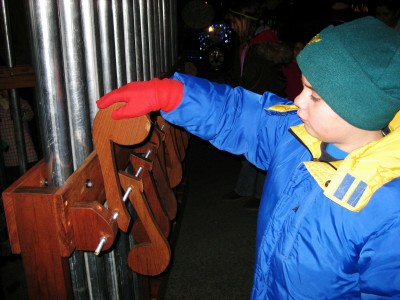 I’ve been semi-unplugged for a few days (long overdue, I might add) but want to recommend that you keep a lookout in December for any First Night celebrations – we’ve gone to several with our kids and they’re a nice way to spend New Year’s Eve.

This year’s First Night in Austin, Texas included the usual excellent Congress Avenue parade (here’s the parade video that I shot last year) and some fun new toys and performers. 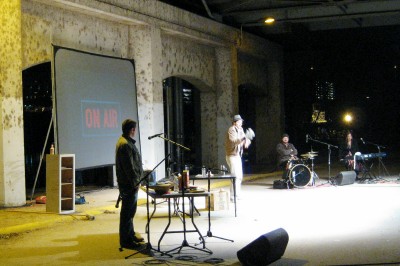 You drop the wooden note onto the pipe to make music, which sounds better than you’d think.

We also watched a live theater performance (under a bridge overpass – great acoustics!) with the performing group Debutantes and Vagabonds; lots of sound effects and goofiness.

It was part of their full production of “A Brilliant Revolution” that will premiere at a local Austin theater in March.

Over on the Perceptive Travel Blog, I covered the highlights of another First Night act, Austin-based ArcAttack and their electronic music made from giant Tesla coils.

It was a Happy New Year for all of us….