Fun at the Children’s Museum of Houston 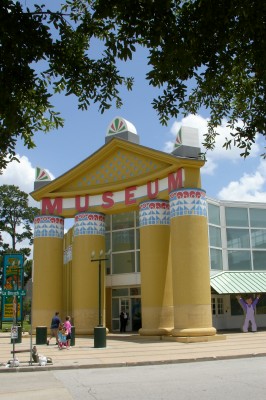 Many major US cities have opened interactive “Children’s Museums.”

Unlike stodgier institutions, these special museums are built so that kids can run around, blow off steam, grab and poke things with abandon and learn new things in the process.

The boomtown city of Houston, Texas is no exception.

We visited the Children’s Museum of Houston recently and my 8-year-old son spent two full hours going from one fun exhibit to another.

The big winner for him was the How Does It Work room. 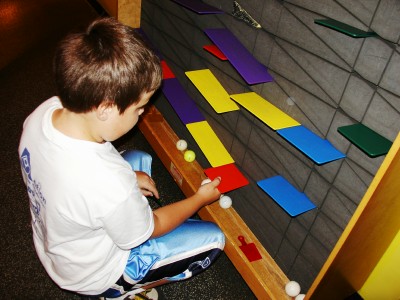 The My Home Planet Earth room was a winner, too, mostly because of the pinball-ish machine that kids could play on and prevent “pollution balls” from moving into the “pond.”

We also watched tiny chicks breaking free from their eggs in a hatchery, then watched them run around and be adorable in the nearby brooder.

There is also a kid’s TV station with pint-sized cameras, a Tot Spot for toddlers and babies, a mini grocery store, a Mexican market from the Yucatan and a few outdoor exhibits involving the wonders of messy sand and water (these were less popular on a hot summer day.) 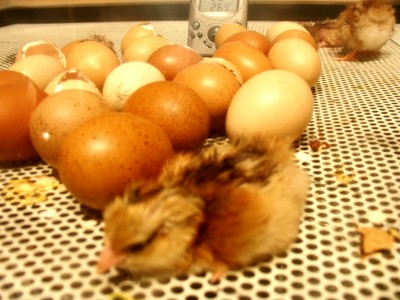 The Museum has a full schedule of special programs in their auditorium, and special Science Stations manned by helpful staffers to let kids get their curious hands on items that demonstrated concepts like optical illusions, liquid crystals and how classic toys work.

There is a cafe with fairly healthy cuisine inside the Museum (the only cafe open in Houston’s Museum District on a Monday, we discovered) and a small gift shop.

A multi-story parking garage is across the street and costs $5-$7. 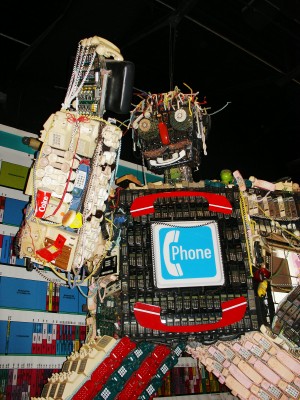 Other nearby Museum District attractions include the excellent Houston Museum of Natural Science (where I spent a rather restless night on the floor awhile back during a Cub Scout “Night at the Museum” outing,)   the unique Buffalo Soldiers National Museum (many African-American soldiers served on the Texas frontier) and the Houston Zoo in Hermann Park.

The METRO light rail is also handy for getting around.