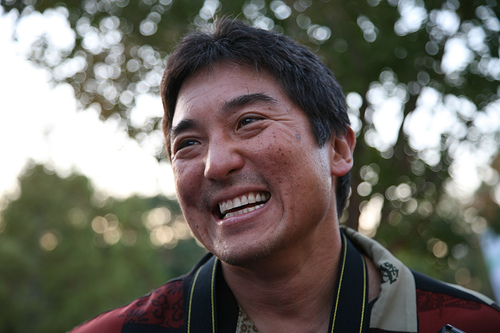 I’m one of the least jump-on-a-bandwagon people that you’ll ever find.

My kids get SO TIRED of me saying, “I do not care what anybody else does….”

But today is my birthday, thank you very much, and I’m gonna bust out of my normal mode and be more lemming-like, because I like Gary Vaynerchuk and I like Guy Kawasaki.

I like Gary Vaynerchuk because he’s a psycho, super-enthusiastic video blogger who runs a wine store in New Jersey and does the fab Wine Library TV net video show, demystifying and sharing his love for wine.

Gary has personally declared today, 3 April 2008, as Good People Day and he made one of his manic videos that explains why.

The gist of it is that there are all sorts of great Web 2.0/social media/online whatever-you-want-to-call-them folks out there who should be celebrated. He wants to celebrate them.

So I will, with a different person than others might expect. 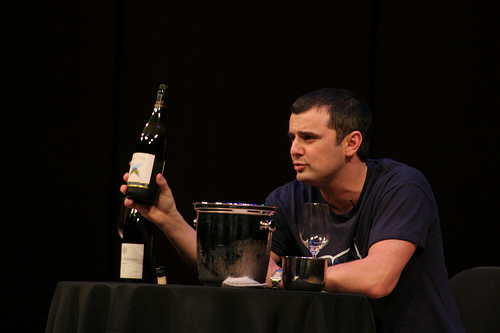 I like Guy Kawasaki, so I’m taking Good People Day as an opportunity to thank him for his new project, Alltop.

Does your Mom or Dad ask, “How do you find the good stuff online amongst all those millions of bloggers?” Does anyone that you know ask that?

One of the answers is intelligent human vetting of the online offerings out there, and that’s where the Alltop team comes in.

“It is ‘two guys and a gal’ in a garage—or more accurately, one guy in a home office (Will Mayall), one gal on a kitchen table (Kathryn Henkens), and one Guy in United 2B (Guy Kawasaki).”

They’ve pulled together a whole bunch of RSS feeds (Really Simple Syndication; blog subscriptions automatically updated, if you will) and aggregated all those info streams, across a bunch of topic areas, into one place called Alltop.

When they put together the Travel Channel for Alltop, they were kind enough to include this blog, Family Travel, and the other blog I co-author, Perceptive Travel.

So, yeah, I’m a little enamored of these Good People right now.

I have also been personally impressed with the warmth, responsiveness and professionalism that I’ve seen in my own dealings with Guy. Some say that Kawasaki is just a relentless marketer and promoter, which he is; especially about the things he’s interested in and the businesses he’s building. I have no problem with that as long as it comes packaged in a real human with all the attendant foibles, and Guy is quite openly that kind of individual.

I like the way he puts it out there on Twitter and engages everybody. I’m amazed that mere hours after a Houston speaking appearance was announced on Dwight Silverman’s Houston Chronicle TechBlog, the event was sold out.

The Guy must be doing something right. If I sound like a suckup, you’re dead wrong, because remember; “I do not care what anybody else does….” and there’s no one I particularly need to impress these days (since I already married that person almost 20 years ago.)

When you’re 47 years old, you can blog about whomever you like. Now go pick up your socks. 🙂

I’m celebrating Good People Day with Gary and Guy. I encourage you to send Mom, Dad and yourself over to Alltop to see what Guy and his team are doing to make sense of the blogosphere and the Web, then I’d love to hear your feedback in the comments here.