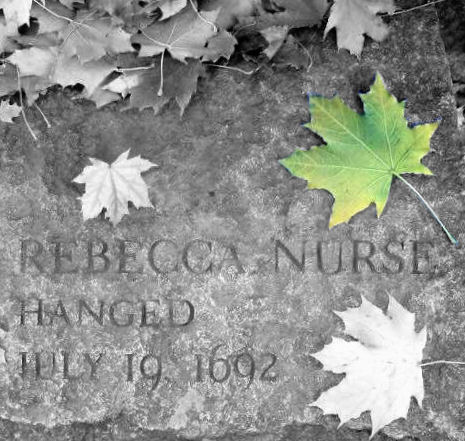 Why not pay an October visit to the actual seaport town, plus see the real House of Seven Gables?

Salem, Massachusetts is a National Trust “distinctive destination.” They really do it up for Halloween month, but instead of a lot of fake blood and skeletons, your kids can learn some of the history of intolerance and fear (scarier than any amusement park “Howl-o-Scream,” I think.)

The Puritans in Salem had a bit of a problem from the beginning when it came to getting along with other folks. They didn’t like the outspoken pastor Roger Williams and tossed him out in 1634 — no matter, he just went and founded Rhode Island. Even the local Quakers were persecuted for their beliefs.

Intolerace came to a head with the 1692 trials of approximately 190 citizens for “witchcraft.” As a result, 19 people were hanged and one man was crushed to death.

Today, visitors can learn more at the Salem Witch Museum, and there are many historical interpreter-led special events and reenactments offered in October. Un-witchy things to see include fine art at the Peabody Essex museum and Salem’s proud seafaring heritage at the Maritime National Historic Site.

Travel & Leisure magazine reflected on The Salem Witch Project and the town itself a few years ago.

Your family can stay at historic lodgings in the middle of town; the 1925 Hawthorne Hotel. Even better, they blog. 🙂