Hang out with the otaku: manga and anime conventions 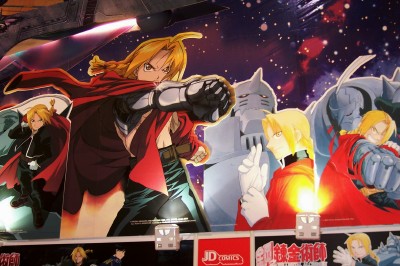 With comic/manga-based movies like Speed Racer and Dragon Ball on the horizon, I’m seeing an increased interest in the culture surrounding graphic novels and Japanese-style anime movies.

Your older kids who are part of the otaku (manga and anime fanatics) might enjoy traveling to one of the many manga/anime conventions held throughout the year.

Of course, parents are uncool, so although you’ll pay the hotel bill and entrance fee, you’ll probably be expected to disappear from the exhibition floor periodically (with preteens and teens, you must never display an interest in their interests, nor are you allowed to know more about it than they do.)

Manga books are narrative graphic art, with roots in Japan and ever-widening popularity across the rest of the world. Just don’t call them “comics” or you’ll probably get a verbal handslap from the average manga fan. Most parents are familiar with Pokémon, the “starter drug” for manga, if you will. 🙂

Both boys and girls have favorite characters and story lines.

An article from USA Today quotes manga expert Susan Napier at Tufts University and a Barnes and Noble employee:

“‘I have seen groups of girls gathered around the manga shelves at Borders and Barnes & Noble eagerly discussing their favorite manga,’ Tufts’ Napier says. ‘They like it because it fills a niche that American comics don’t: Even though the stories can be fantasy or science fiction, the characters are very human … the narratives are imaginative and engrossing and often more subtly shaded than American plots, which often revolve around simplistic good vs. evil archetypes.’

Here are some gatherings to consider, whether your kids are serious artists, love to dress up in cosplay to imitate a favorite character, or like my teen just likes to see a wide variety of manga and anime stuff in one spot:

Manga and anime are a worldwide phenomenon; here is one family’s report from a manga convention in Paris, there are Animania events across Australia this summer, bright summer nights at Finland’s Animecon08 in July, or you can plan to return to the genre roots at the March 2009 Tokyo International Anime Fair.

One more thing to consider; if your kids plan to take a lot of cell phone photos and use the phone to send them to friends, they may not realize that is often an extra cost to your bill.

Even more telephonic fiscal demands are coming; cell phone manga is big in Japan and is expected to be released for downloads here in the US. One more way for everyone to get their manga fix.