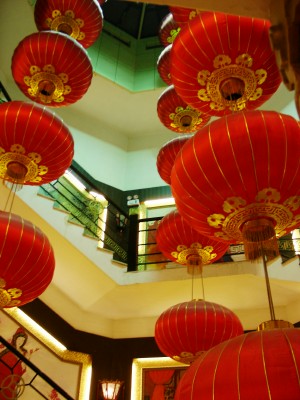 After a long flight to Beijing for the China 2.0 Tour, I went with a group of our “old China hands” to find a foot massage/reflexology place as a way to attack everyone’s jet lag.

We ended up in a three-story foot emporium, a chain business in China, called Liangzi.

We split up into groups of three.

Elliott Ng of travel search site UpTake, Ernst-Jan Pfauth the Dutch ProBlogger and I went into a nice, comfy small room where each of us had a foot masseuse work the living daylights out of our feet and legs for about the next hour and a half.

Elliott speaks some Chinese, so we spoke back and forth as well as we could (the two guys had women masseuses, I had a man) and talked about where we were from and what we were doing in China. 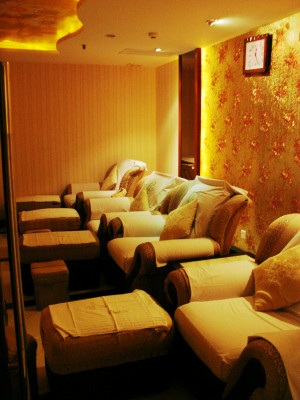 He was super-nice and efficient and by the end of our session, I had had my toes, arches, heels and calves pretty thoroughly mooshed, rubbed, prodded and smacked.

Each masseuse was very sensitive to discomfort, the room was soothing and I drank lots of hot water with lemon and honey (supposedly to help flush out toxins.)

On the way out, we also had a short shoulder and back massage.

After a 20 hour flight, carrying luggage and schlepping a laptop on my shoulders, this was MOST helpful to my mental attitude.

The whole session was about US$15 – a total bargain, obviously.