Harry Potter when you travel with kids 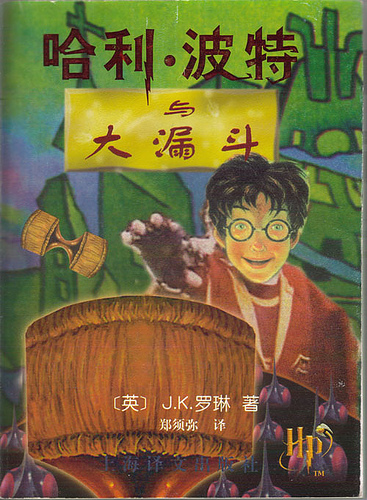 This is what happens when you are a writer and your entire family, but mostly your teenage daughter, are nuts for Harry Potter….

As you know, we’ll be in Virginia next week as a family, visiting Colonial Williamsburg, Jamestown and Yorktown and a bunch of other stuff. Wouldn’t you know it; the long-awaited release of the next movie, “Harry Potter and the Order of the Phoenix,” is scheduled for 12 July while we’re traveling.

You haven’t lived until you’ve surfed the net for about 45 minutes looking for the ONE movie theater in Williamsburg, Virginia that will feature the HP movie on its release date. Web sites are sketchy, theater telephone numbers are answered by robotic voicemail; it makes you crazy.

It does appear that a crisis is averted and we’ll see the movie on time; younger brother will fuss because we don’t let him go to a PG-13 movie till an adult checks it out (he’s 7) so not everyone in the family will see flying owls and waving wands that night, but close enough.

On top of that, the last book in the HP series, “Harry Potter and the Deathly Hallows,” is being released at midnight 20 July, just about the time that my daughter and I will be visiting the tallgrass prairie of the Kansas Flint Hills, on the way from Texas to my speaking engagement at the BlogHer blogging conference in Chicago.

There’s been much teenage hollering and rending of clothing at the perfidy of mothers who take their kids away from much-anticipated midnight book releases; there can’t possibly be books in Kansas, the “middle of freakin’ nowhere!”

The fine purveyors of the Emporia, Kansas independent bookstore The Town Crier have a Potter book order set aside even as we speak, and after a well-marbled steak dinner at the Grand Central Hotel down the road in Cottonwood Falls, we’ll head back to Emporia to join their Muggle Block Party sometime after 9 p.m.

Of course, teenager will then stay up all night reading the whole thing, which is what she always does, so any sightseeing the next day in Kansas City (such as live jazz at the Blue Room in the American Jazz Museum) will be totally wasted.