Is there any doubt about car seats and air travel? 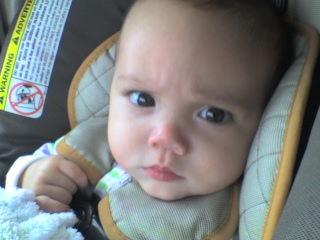 On a recent flight to Albuquerque, I watched a mother, grandmother and child board the aircraft, and Mom was lugging a car seat along with the usual diaper bag, purse, water bottles and one wiggly daughter.

Grandmother seemed rather addled (I’d already watched her flustered search for a missing boarding pass back in the terminal) so I stood up and helped hold various things while the family settled in.

The car seat was, of course, the biggest, bulkiest thing that mother was carrying, and just like in a car she had to manhandle it into a dinky aircraft seat, get all the straps and buckles sorted, then lean onto it with a knee to ensure that it was tightly secured into a window seat. Meantime, daughter was getting fussy and the flight attendants had that slightly pursed-lip look.

A car seat is just too much hassle, you’re thinking?

Take a look at this ABC News video about a 3-year-old sole survivor of a plane crash.

The only thing that saved that child was a car seat that her grandfather had properly strapped her into before takeoff.

The U.S. Federal Aviation Administration (FAA) says that for children’s safety on airplanes, they should be in a restraint that is appropriate for their weight, in a window seat so that there’s no chance of blocking the aisle in an evacuation. TravelWithYourKids.com also has a good post about travel with car seats on planes.

There’s even a less-bulky harness device that is FAA-approved, if you don’t need a car seat for your rental car at the other end of your journey.

Yes, it’s one more air travel pain-in-the-neck thing to deal with, like 3 oz bottles and taking off shoes, but just do it for your children’s safety, and help other parents with their kiddie flight logistics when you can.