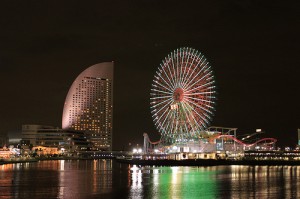 Which places in the world are not as well known (nothing is really a “secret”) for fun travel with kids?

I was recently tagged to answer this question by the globe-trotting SoulTravelers3, in a blog post about her family’s travel secrets.

The whole meme was started by Tribase in this post – I’m supposed to tag three more bloggers but sorry, don’t quite have the bandwidth these days to figure out who hasn’t already participated.   Still, I’m happy to play here….

You know how tough it is to pick just three? Sigh.

And of course I feel compelled to cover the planet….here goes my best shot:

In the United States

My choice is Memphis, Tennessee.

Go here for coupons/discounts from the city’s CVB (Convention and Visitor’s Bureau) because remember, a CVB’s whole job is to ensure a happy visit.

Memphis is big enough to have a variety of things to do, but not so sprawly as to wear everyone out.  Amenities and lodging are reasonably priced, and so is good food.  Summer is hot and muggy, but there’s always the Memphis in May festival.

We’re big music fans in my family, and the Birthplace of the Blues offers many ways for even young children to learn more about this country’s musical history and offerings.   For starters, the popular Beale Street historic district is actually pretty open to kids (I call it a civilized Bourbon Street) and when we visited, the guys at the door at several venues let the whole family in to listen to live music as long as it was fairly early in the evening.  There’s also the Stax Museum of American Soul Music, Sun Studio (where Elvis and many others were launched) and the Center for Southern Folklore.

Before we arrived I showed my preteen an Elvis documentary (to try to explain the hype) then took her through his home at Graceland.  Believe it or not, she’s now an Elvis fan and the envy of her friends because she’s been to Graceland. Boring and weird Mom wins again!

Other kid-friendly places include Mississippi River attractions like the Mud Island River Park (including the Mississippi River Museum and a scaled down version of the river that begs for barefoot splashing) plus the Memphis Zoo, a children’s museum and in season, Redbirds minor league baseball at the downtown AutoZone Park.

We stayed at the Hampton Inn at Peabody Place, which was perfectly located downtown and was also attached to a small mall that occupied certain wiggly toddlers when needed.

In a previous blog post here (titled Wonderfully off the tourist beaten path: Wadden Sea / Waddenzee Islands with kids)  I’ve written about the tongue-twisting but lovely Dutch islands of Texel and Terschelling.

They are only a short drive and ferry ride away from Amsterdam, but they’re very laid back, very Dutch and very nice for a beachy getaway.  Settle in, get some bikes for everyone (of course – it’s the Netherlands) and relax.

Here is the related Dutch tourism Web site about the islands – check it out.

If you can figure out how to pronounce the island of Schiermonnikoog, more power to you.

I love the buzzy energy of Tokyo, and it’s a perfect destination with preteens and teens, but a bit too mind-blowing for little ones.  The crowds that older children find exciting are simply overwhelming when you’re two feet tall.

That’s why I like Yokohama, the seaside city south of Tokyo.

Make no mistake; it is Japan, so it is crowded, but somehow the location near the sea makes it feel more open.  There’s a big mall/hotel highrise called Landmark Tower (with a Pokemon Store – yay!) and it’s surrounded by an amusement park and wide pedestrian seawall.

This Frugal Traveler article in the New York Times about exploring Tokyo through its ramen shops mentions the terrific Ramen Museum in Yokohama, where you can get lots of different kinds of ramen to eat and walk through a sort of living history museum.  Super for families!

Here’s one of my very early posts on this blog: Kids in Tokyo – Escape to Yokohama.

There are my three family travel secret places; please share yours down in the comments!