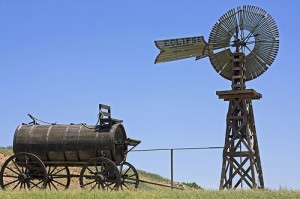 Way back in 2006, I wrote a post on this blog entitled “Why the bleep would I want to go there?”

In it, I wrote about taking the kids to visit places that seem crummy, but really aren’t, and how you can’t have an opinion about seemingly crummy places unless you’ve been there yourself.

The city that Buddy Holly and Waylon Jennings got the heck out of. Sights include, hmmm, the National Ranching Heritage Center (exhibits of spurs and bits!) and ummm, the American Wind Power Center (windmills!)

“Lubbock or Leave It,” sing the Dixie Chicks.

OK, so why am I whipping up on poor Lubbock? Because I just don’t think you can designate a place Yuckyville until you have physically been there to investigate.

Ergo, I need to travel to Lubbock before I can pop off about it.”

What was amazing about that post was that people showed up to leave comments on it about how much they liked Lubbock, including someone from the Buddy Holly Museum. I was touched and even more intrigued after that.

Well, I’m pumped to announce that my chance to investigate has finally arrived – I’ll be speaking with my Tourism Currents business partner Becky McCray in Lubbock, Texas on August 12 at the annual conference for TACVB (Texas Association of Convention and Visitor’s Bureaus.)

Before and after we speak, though, I get to explore Lubbock and its environs, plus check out what’s between Lubbock and the Austin area when I drive there (like a museum about women pilots during World War II who flew from Avenger Field in Sweetwater, Texas.)