South by Southwest (SXSW) Interactive, travel blogging and you 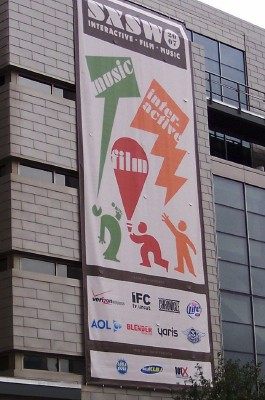 One of the biggest creative blowouts of the year is down the road from me in Austin, Texas: South by Southwest (SXSW.) It’s actually a three-parter conference of Interactive, Film and Music.

The organizers describe the Interactive portion as a conference for “the brightest minds in emerging technology,” including bloggers.

Hey, that’s me!  (Well, the blogger part – I dunno about the “brightest minds” part.)

Technology is changing the world too much, including the travel world, for anyone to remain intimidated by the pocket-protector crowd….and as far as I’ve been able to tell, there’s never been a single pocket protector around, just a lot of interesting, fun people with glowing laptops and iPhones.

I have a blast when I attend  –  who knew that so much of Interactive is panels about blogging, podcasting and online media? As a writer and Web 2.0 geek, I’m in heaven.

This year, I’ve proposed a panel on travel blogging for SXSWi 2009, and I’d like to request your assistance in commenting and voting, because this process closes after tomorrow, August 29th.

The “Panel Picker” lets possible SXSWi attendees indicate which panels really interest them, and that weighs heavily into whether a panel is ultimately scheduled for the conference.

If you’re thinking about infiltrating SXSWi (and there’s something there for everyone, with 1,300 panel proposals) or are simply a travel blogging enthusiast, then I would request that you complete the quick/free registration process and please vote for my proposed panel:

Either as a speaker or audience member, I still plan to attend and get my geek on.  Thanks so much for your support!