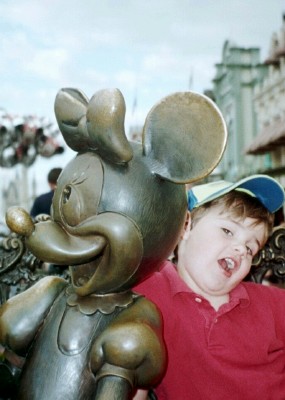 The Magic Kingdom is the most recognized Walt Disney World theme park because it is basically the same as the Disneylands in California, Paris, Tokyo and Hong Kong.

The familiar landmarks are all there: Cinderella Castle, Space Mountain, Main Street USA, Pirates of the Caribbean (the ride that inspired the movie,) etc.

If you’ve already visited one of the other Disneylands, my advice is to focus a lot of your time in Orlando at the other parks that are less universally well known — Animal Kingdom, Epcot, Disney-MGM Studios or even the Disney water parks.

We enjoyed the Magic Kingdom and it’s a “must do” if you travel with kids, but frankly, the place was a madhouse even using the Extra Magic Hours option. An extra hour doesn’t help if everyone else shows up early at the gate along with you.

The lands are arranged in a semi-circle around the turn-of-the-last-century Main Street USA (for inspiration, Disney used the Main Street in his hometown of Marceline, Missouri) and the Cinderella Castle, supposedly inspired by Germany’s Neuschwanstein Castle.

** This park summarized: All the old favorites for you and the kids; even if you’ve never actually seen them before, they still seem cozily familiar. Usually always crowded and can test the patience of the most well-prepared family traveler. Great when it works, exhausting when it does not.

** Key tidbit: If there was ever a time to reserve your meals and use FASTPASS, this is it. Plan, plan….or you will lose your mind. Again, the park is a madhouse.

During our family visit, I was so grateful that we had made lunch reservations at the Liberty Tree Tavern, but I did feel somewhat smarty-pants guilty about going right to the head of the line at our appointed time, past lots of tired-looking families who had to wait.

Again, these meal reservations at sit-down/full-service park restaurants cost nothing and only require that you pick a meal, pick a restaurant, call (407) WDW-DINE and get a time. That’s it. Unless you enjoy standing in line with hungry kids in the heat…. 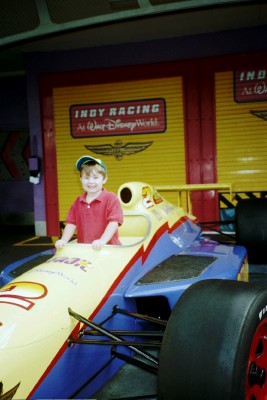 ** What to do as soon as you arrive: With young children, head for the back of the park to Fantasyland to get in line to see Mickey. With older kids, go straight to the popular thrill rides like Splash Mountain (great for cooling down on a hot day) and Space Mountain and get your FASTPASS time.

Here’s a rookie mistake that I made: just because a park opens an hour early doesn’t mean that all of the rides are also open an hour early. The day we went, my older daughter and husband peeled off to hit the thrill rides and my young son and I headed to the back of the park for Fantasyland rides like the nauseatingly spinning tea cups on the Mad Tea Party, but they were still closed. We killed time and eventually saw Mickey in nearby Toontown without much waiting, but I was angry with myself for not triple-checking everything in my Grand Plan.

** Entertainment: We had a great time at the 3-D movie Mickey’s PhilharMagic, an imaginative and surprising extravaganza that also gave us a seated break in some nice cool air-conditioning. This movie hits all of your senses; the apple pie smell is a hoot!

Parades are also a big deal in this park. There is the more traditional daytime Dreams Come True parade and on special nights, the lighted SpectroMagic Parade. Just get the kids up front where they can see, or someone in your group (usually Dad) will end up with toddlers sitting on shoulders for a decent view. Bring the ibuprofen for the resulting neck-ache.

The nightly fireworks show “Wishes” is justifiably popular; for the best view see here for a very detailed listing of good observation spots throughout the park.

In February and March 2007 is a special Pirate and Princess Party event. If you can’t make it, don’t worry; there are always new or special/seasonal items highlighted on the WDW Web site.

** Dining options: A big park means lots of places to eat (the Disney Web site list is here and a huge list that includes the resorts & Downtown Disney is here ) including an extravagant evening meal inside Cinderella’s Castle or Lady & the Tramp’s Italian bistro Tony’s.

Dining with Disney characters is very popular, so much so that you may want to set that up at a different park if your kids don’t care where they meet the characters, only that they meet them. The hardest meal to get into is Cinderella’s Royal Table/Once Upon a Breakfast. We’re talking people starting to dial the reservations number at 6 a.m., 180 days in advance of their visit. If they’re full, keep checking; there may be cancellations even on the day of.

You can also try the Cinderella meal at the gorgeous Disney Grand Floridian resort hotel. A list of character dining at the Disney resort restaurants is here. Don’t forget the resorts — they are a world unto themselves (especially at the Deluxe level) and you don’t necessarily have to be staying there to enjoy their dining or entertainment options.

** Attraction that surprised us: Battling the evil Emperor Zurg in Buzz Lightyear’s Space Ranger Spin was goofy fun for young kids and adults alike. Simply taking a relaxing break on the little steam train around the perimeter of the park, or riding the gondolas of Tomorrowland Transit, was quite enjoyable. Not every ride has to hang you upside down to be worthwhile….yes, I know that makes me sound like a geezer.

Attraction that did not surprise us: the repetitive theme song from “it’s a small world” was still really annoying, although we hadn’t done the ride in a few years. The very young like it, the very adult must grit teeth. 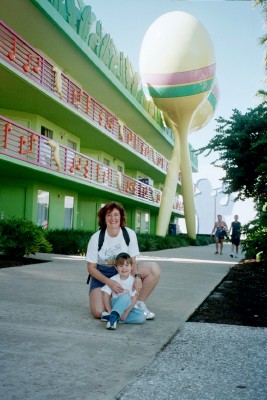 ** Lodging: The resorts that are closest to the Magic Kingdom tend to be the “deluxe” properties: the Contemporary (the monorail runs right through the hotel — very cool,) the Grand Floridian Resort & Spa (super Old Florida atmosphere for super big bucks, but you can do everything from renting their yacht, the Grand 1, to having a special tea party,) the Polynesian and the Wilderness Lodge and Villas.

What about budget accommodations for mere mortals? For each visit, we stayed at one of the “value” resorts, called “All Star” with different themes like music, sports, pop culture and movies.

The exterior decor is wildly imaginative, oversized and colorful, perhaps to make up for the miniscule, basic rooms and mall-like food court. But hey, we just wanted a place on Disney property that didn’t cost a fortune, and the rooms were much bigger than a lot of rooms we’ve crammed into in Europe. The pool might not be as fancy as more upscale Disney resorts, but it was big, clean and kid-packed.

Just like any of the Deluxe resorts, you can use your room key in the parks to charge purchases to your room, and you can also leave your bags of goodies/souvenirs in the parks during the day and they will be delivered to your resort in the evening.

My vote: if you and the kids just want a place to crash at night and a pool to jump into occasionally, the Value resorts are the way to go.

** More tidbits: Consider trying the really popular rides during the daily parade; the lines may be shorter. Look through Fodor’s Blitz Tour of the Magic Kingdom.

That wraps up the WDW parks, but I do plan on one more post for final thoughts and tips plus a quick overview of one of the water parks. (Update February 2008: no, you can’t find it because I haven’t written it yet, but now that I’ve realized I dropped that ball, I’ll try to post something soon.)

Thanks for coming along with me to learn about Walt Disney’s vision there in the Florida orange fields many years ago. Visitors do experience some overcrowding and various annoyances, but they shouldn’t obscure the fact that this is an amazing place. There are good reasons why millions of people visit every year and come back over and over.

(P.S. Did you miss the other posts in the series? Here’s the Intro, Animal Kingdom, Epcot and Disney-MGM Studios. You can also just go straight to the Family Travel homepage and dive into all of the posts about the whole world!)