Thinking about blog rank and whether I’m phoning it in 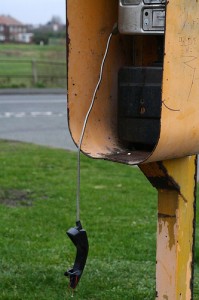 Thanks to Wendy Perrin of the PerrinPost, I found this Invesp Consulting list of travel blogs broken out by various measurements: Google PageRank, number of inbound links, number of RSS subscribers,  number of unique visitors per month, etc.

Now, normally I try not to pay too much attention to such lists.  They often compare a one-woman show like mine to wide-ranging, multi-author efforts like World Hum, and there’s no way that I can match a gargantuan site when it comes to some measurement metrics.

On the other hand, seeing the Family Travel Logue floating around in the #40 – #60 range (for most metrics) was rather depressing for me, I’ll admit, considering that I’ve been writing here since February 2006 and have some nice recent kudos in addition to past recognition in the UK’s Guardian, the Telegraph and Real Simple magazine.

I lost some Google search engine placement/authority last summer when we shifted the blog to this URL, but we’re talking almost a year ago now, so that’s like claiming you’re fat because you had a baby, but the baby’s now 9 years old (like, ahem, my son. Hey, the baby excuse can no longer explain wearing “fat jeans” all the time.)

Anyway, seeing the stats was a good wake-up call for me, because between my obligations to the Perceptive Travel Blog and my new blog about tourism and social media in support of a new business venture, plus staying active on Twitter, Facebook, LinkedIn, Flickr and others, I simply haven’t had the time to blog here as much as I’d like.

I have a notebook (yes, a paper one) full of ideas, so there’s no problem with writer’s block.  It’s the “blood from a turnip” problem.

Sometimes, I’m phoning it in, an old journalism epithet for lazy reporting.

Yeah, yeah, work smarter not harder, they tell me. Blargh.

Part of the problem is that I have a hard time tossing up a quick post. I edit and review a LOT, then look for a good photo or graphic to go with the post, because images are important in blogging.

Mostly, my obsessing is probably justified, but if I was honest, I’d admit that I over-edit some posts that really aren’t that earth-shaking.  I’m not ADD, but I sure play one on TV.

Part of the answer is spending less time on Twitter, but I’ve built important relationships and a lot of interesting followers there. Maintaining that takes time, even at only 140 characters a tweet.

Maybe it’s the summer doldrums hitting me hard. Are you finding your bloggy stats are on the downslope, and kicking yourself about it?  Let’s talk in the comments….