OK, not really, at least not now. I think it’s a little dicey with kids given the current situation, though not everyone agrees with me.

But consider the benefits of taking your family, when the opportunity presents itself, to a destination somewhat off of the beaten track (someplace that allows you to sneak in a history lesson as well.)

As a preteen I lived in the Middle East, when my Navy family was stationed in Bahrain. We’re talking the very early 70’s, so the political landscape was different than it is now. For example, my parents took me to Beirut, and I still remember swimming in the hotel pool at the St. George (it had an underwater window so that bar patrons could admire the bikini’d swimmers.)

My most vivid memory, however, is our trip to Iran. This was before the Shah fell, before the Revolution and the Ayatollah Khomeini, and official government relations with the U.S. were quite friendly. We started in the capital of Tehran, then set out to see some of the country.

My 12th birthday was spent in the university town of Shiraz; that night the restaurant staff even brought a little cake to our table. 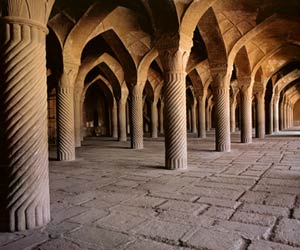 I was privileged to see the spectacular ancient ruins nearby at Persepolis; they rival anything you’ll find in Rome, Greece or Mexico.

We then took a memorable bus trip to the Silk Road outpost of Esfahan….my first experience with a squat toilet was that bus trip.

It made quite an impression, but I mostly remember the dramatically beautiful tiles and scrollwork on the Imam or “Blue” Mosque, dating from the 1600s. 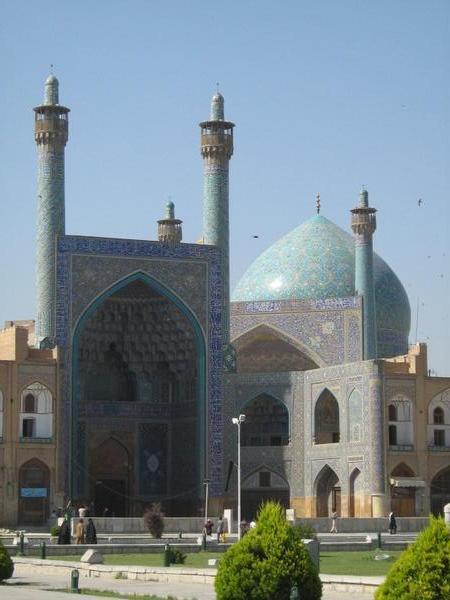 The Iranians we met were unfailingly polite and gracious; my first-hand impressions were hard to reconcile with the anti-Iranian rhetoric that I heard a few years later.

That’s the wondrous thing about travel — people can’t BS your kids when they, unlike the bumper-sticker spouters, have actually been to the country in question and met some of its citizens.

Out of nostalgia, I’ve been reading some posts from folks who are braving the current political climate and traveling to Iran. There’s a lively thread on Frommer’s by some people considering a trip, and I simply love this Pink Floyd-related article in Perceptive Travel.

There’s even a blog, “A Persian Passage,” in the San Antonio Express-News, written by Sean-Paul Kelley, an intrepid traveler who visited Iran this fall.

So, don’t ever completely strike a destination off of your To See list. It would be a shame for some of the most significant wonders in the world to remain undiscovered and underappreciated. Take the pulse of the place in question, consider your own values and tolerance for adventure, and then go as soon as you and the kids are ready.

Update 20 March 2007: Take a look at this article in the San Antonio Express-News by Patrick Zeller, an intrepid guy who took a motorcycle tour of Iran. There’s even a picture of him on the road between Shiraz and Esfahan.