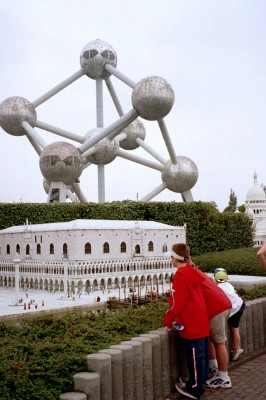 Are you looking for a beautiful, easily accessible European city that’s not on the London-Paris-Rome standard tourist circuit?

I recommend Brussels (or Bruxelles in French; the Belgians are arguing a lot lately about their nation’s heritage split.)

Located in the northern, historically Flemish part of Belgium (along with medieval Bruges/Brugge, artistic Ghent and industrial Antwerp) Brussels is elegant, cosmopolitan and culturally-rich, plus it’s fun for families.

** To start exploring, orient yourself in the middle — the center of Brussels is the magnificent town square called the Grand’Place or de Grote Markt. It’s huge and spectacular, with ornate Gothic and Baroque buildings, lots of cafes and historic businesses. It’s a “wow, we aren’t in Kansas….” moment when you walk into it.

** You have to do it, and the kids will get a giggle….view the symbol of Brussels, a small bronze statue (often in costume) of a boy peeing. Yes, that’s the Manneken Pis.

** See the hokey but fun theme park called Mini-Europe; scale models of European landmarks that you can walk through. My children both really liked it. 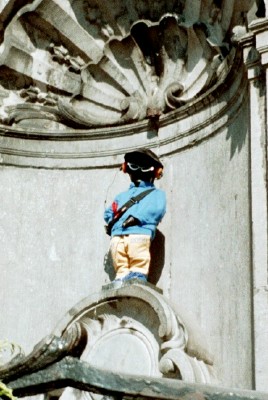 ** Next to Mini-Europe is the Atomium, a bizarre-looking giant building that’s supposed to look like an iron crystal, with nine 200-ton balls connected to each other.

There are exhibits inside and and you can go from one ball to another, all the way to the top. 2008 is the 50th anniversary of its construction.

** Eat! They say that the Belgians eat as well as the French and as much as the Germans, and I’ll vouch for that. Big portions of yummy stuff.

Okay, maybe your kids aren’t into the traditional steamed mussels with garlic and white wine, so pawn them off with croque-monsieur/tosti while you snarf shellfish and drink fabulous Belgian beer. Belgian frites (fries) are the best you’ll ever taste.

Everyone gets dessert….Belgian chocolate, of course.

** Hotel tip: Lodgings can be pricey because there are a lot of diplomats around (EU Headquarters is here) and businesspeople visit Brussels on expense accounts.

Try for weekend or off-peak rates at a business hotel, when they’re trying to fill rooms. We stayed at the Novotel Brussels Centre Tour Noire; it was a business hotel but we got a great weekend rate and the modern hotel is built around a medieval tower. Kids thought that was cool. 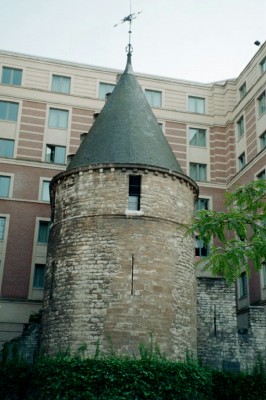 Don’t forget, you can pop over to Brussels from London on the Eurostar high-speed train in less than two hours.