What did 32,633 readers choose as the best in travel? Answers here. 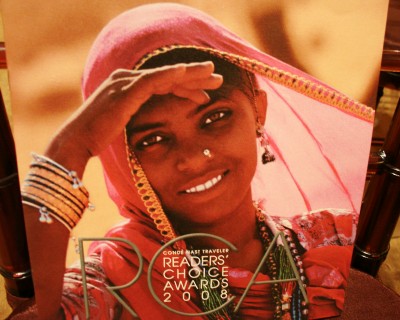 This is the 21st year of the Condé Nast Traveler Readers’ Choice Awards, one of the year’s biggest events for the magazine (full results will be listed in the November print issue.) Readers gave collective feedback on 9,168 hotels, resorts, cities, islands, cruise lines, airlines and car rental agencies.

Thanks to Consumer Travel Editor Wendy Perrin, I was flown to New York City (on JetBlue – hurray for seatback TV and satellite radio plus legroom!) to live-tweet the event on my Twitter stream (here are the awards-related tweets on Twitter’s search engine, using “#rca08” which is a “hashtag” used to track a single topic.)

Not all winners were announced at the ceremony (only those who were able to send representatives to the event) but here is the complete list of awardees by poll ranking and here they are on a Google Map. I’m confining this post to those announced the night of October 15, as I typed like a maniac and grappled with a few WiFi and power issues.  My blogging compadres from Jaunted were also there somewhere, but I missed them in the crush.

Since I’m interested in how tourism organizations use social media, I’ve also included URLs to any official blogs that I could find. 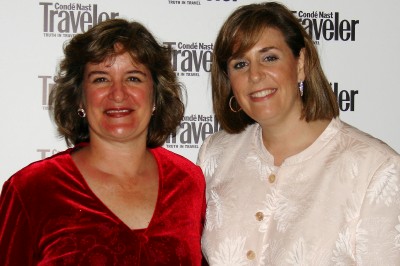 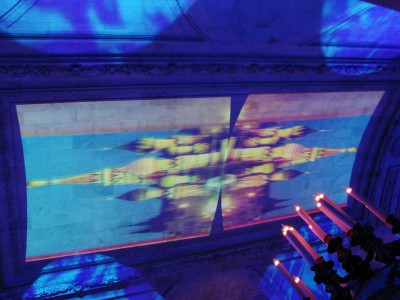 As most of my readers know, I’m a budget-minded person who prefers independent travel, staying in locally-owned lodging and eating local food. I am so NOT a Four Seasons Whatever traveler, mostly because I cannot afford it, but also partly because luxury properties all seem to be the same on many levels. 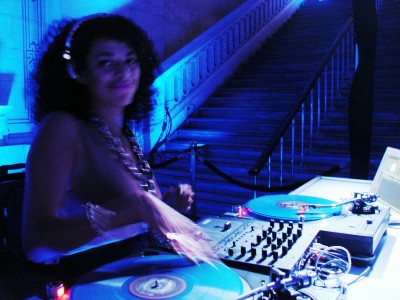 If I want to be all cocooned in the same predictable way like that (and I somehow have big money available) I’ll just drive downtown to the Four Seasons Austin rather than fly to a Thai jungle to stay in a $2,000/day tent.

If I do decide to get Ritz-y, apparently I’m about to experience a Golden Age. Because of our current economic problems, many luxury properties and destinations are pinched by a lack of customers and they’re ready to cut some deals. Now, we’re talking.

Wendy Perrin herself, ever on the hawk-like lookout for value, reports that, for example, Ritz-Carlton resorts are slashing prices for stays over the holidays, normally a time of year when prices go WAY up and everything fills up early.

Over the next few months, I look forward to reporting on possible ways for the El Cheapo Family Traveler to be able to experience places and properties from the Readers’ Choice Awards list, because we will be seeing some relative bargains from the best places in the world. Stay tuned.