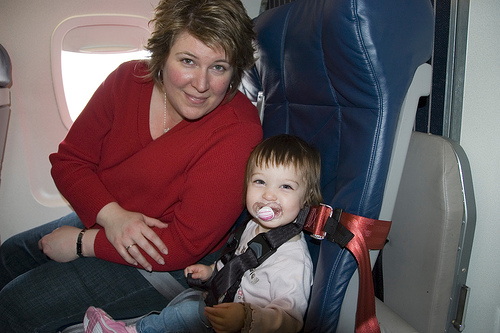 Earlier this fall we had a spirited discussion here on the blog about car seats and air travel safety.

One of the items mentioned as an alternative to lugging a car seat is a harness for children that is less bulky but keeps them safe in the air.

Several of the comments on that car seat post were very helpful, and I’d like to highlight a few as we approach the Christmas flying season:

“We travel with the CARES (Child Aviation Restraint System) harness instead of a car seat & we LOVE it. It weighs just a pound or two and fits neatly in our carryon luggage. Our son sits comfortably in it and has a little more space to move than he would with the car seat. We have found, though, that some flight attendants are not familiar with the system, so it’s helpful to keep the documentation (which shows that the harness is FAA approved) in your carryon.” 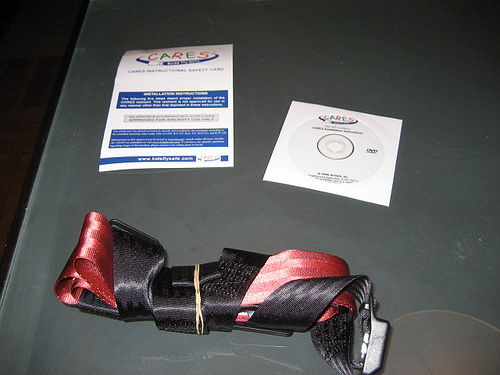 “Interesting point about aircraft already being equipped with a harness for young kids. That would make life so much easier (and safer). This summer, we had a flight attendant on an American Eagle flight who was very interested in child safety (she’s actually the only flight attendant ever to stop us and check that our seat was FAA certified before letting us use it on board). She mentioned that she was lobbying American to carry a few of the CARES harnesses on each flight, but to no avail. She said she even offered to pay out of her pocket to stock them on her own flight, but she was turned down again. I’m not sure of the complete story, but I think it may have been a liability issue (which would be strange, because American actually sells the product through its website). At a time when airlines are cutting things like blankets and pillows, I guess I shouldn’t hold my breath for new child restraints!”

Kudos to that forward-thinking American Eagle/American Airlines flight attendant….so how about it, Family Travel readers? Would you support paying a bit extra on your tickets to have the airlines equip cabins with CARES restraints for children, for those parents who would like them?

Let me know in the comments!