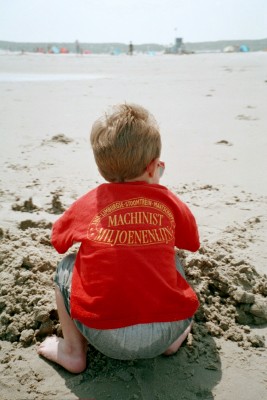 What’s there to do in the Netherlands outside of Amsterdam? Plenty, especially with families.

We had a chance to visit two of the laid-back Frisian islands in the North Sea/Wadden Sea (mostly in the Friesland province) Texel and Terschelling.

Friesland is one of the many provinces that make up the Netherlands; the oft-used term Holland really only applies to two of these provinces. If you are looking for a fun Dutch place to visit (complete with wide, sandy beaches, miles of flat bike paths and farmland full of fluffy sheep) this is your spot.

The better-known Scheveningen area near Den Haag (The Hague) is more boardwalk-y, and that’s fine if you’re pressed for time and just want to hit some beach quickly.

As always, the local VVV (“Vereniging voor Vreemdelingenverkeer,” the Dutch tourist bureau) on either island can help you with hotel and activity arrangements.

Texel Island (pronounced Tessel) is part of Noord-Holland and is the easiest island to reach from Amsterdam. 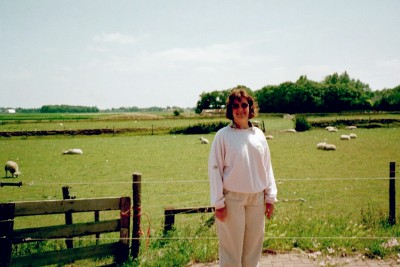 We found lots of things to do (I was there with my preteen daughter plus two of her friends) including bike rides on the pretty “fietspads” or bike paths, kite-flying on the breezy beaches, seeing the EcoMare nature center and the Maritime & Beachcombers Museum, go-karting and a fun ride on a shrimp boat to see seals and watch the local fishermen in action.

In honor of the island’s wool industry we bought some nice warm lambswool slippers and gentle sheep’s milk soap. 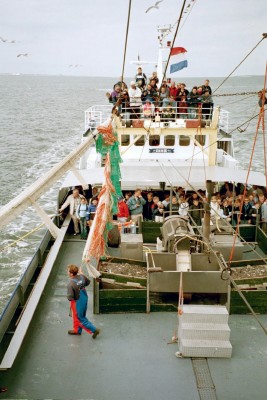 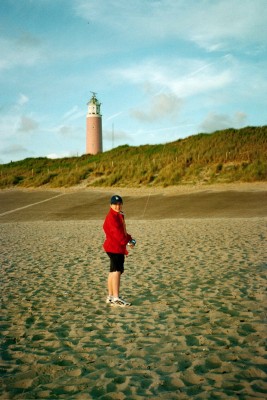 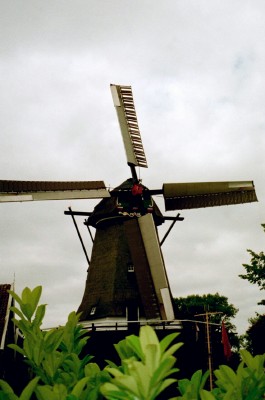 I visited Terschelling (pronounced Terskelling, and here’s another info site) with my three year-old son.

The island is reached by ferry from the coastal town of Harlingen. It’s smaller and quieter than Texel, but we had absolutely no agenda other than digging in the sand and riding bikes….well, I rode and he sat in the bike kiddie seat behind me, waving at people.

The Dutch, as you might imagine, provide you with rock-solid two-wheeled transport complete with full fenders, bell, light, basket, chain guard and sturdy child seats that bolt onto the back of the bike frame. 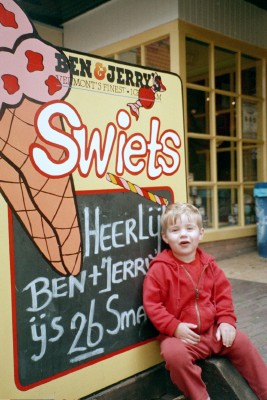 I wasn’t able to try the unique experience of wadlopen or mud-walking on my trips, but it’s on the agenda for the future.

As you can see from my links, there is plenty of information in English about the Netherlands. The Dutch seem to have a facility for speaking multiple languages; I attribute that to their seafaring and merchant heritage (think of the Dutch East India Company.)

A Dutch friend also laughingly commented that “we have to learn English and other languages because no one else speaks Dutch!”

This makes travel with kids in the Netherlands pretty idiot-proof and less of a stressor for parents than other places where communication is more difficult. Have a great time! 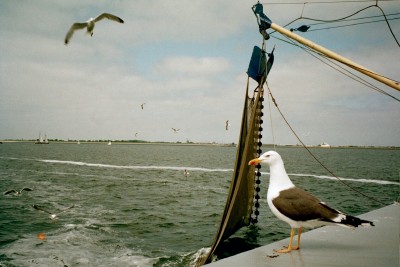 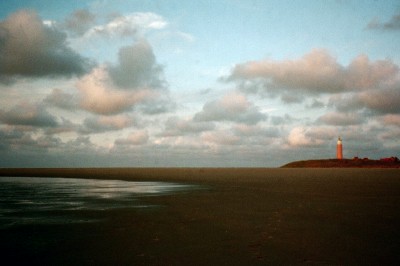