Where I’d take my kids: best US family beach vacations 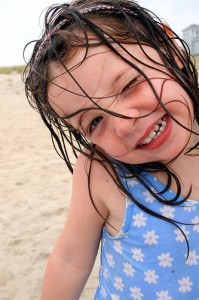 If you’re planning a family vacation right now, you might wonder what I’d suggest for the best places to take the kids to the beach.

Everyone has different criteria for an awesome beach. My perfect seashore has warm water, protected/calmer areas for babies and toddlers, enough wave action to keep experienced swimmers busy on a boogie board, family-friendly entertainment and decent food nearby.

I don’t mind a little commercial development if it’s not too grotesque, and it would be nice if there were safe, fun places (like a boardwalk) for a preteen or teen to hang out when not on the sand.

Here is where I would take my children if I was feeling beachy:

*** Florida’s Gulf Coast —  Once you’ve been spoiled by Florida beaches, it’s hard to put up with grungy sand or chilly water elsewhere.  The Atlantic coast of the Sunshine State has pretty good choices in Daytona, Cocoa Beach and Jacksonville/St. Augustine, but my vote goes to the Gulf Coast because the water’s warmer, the sand is usually nicer and the wave action is gentler for younger kids.

Try Clearwater/St. Pete for lively urban beaches, nearby Caladesi Island State Park for isolated beauty, or Siesta Key near Sarasota, an all-around winner.  (Alternative:  The northwest Florida Panhandle for even better sand and clear, warm water but sometimes a bit too much tacky commercialization.)

*** San Diego —  Southern California is known for its surfside culture, and it’s a well-deserved reputation.  My only gripe is that the water is too dang cold for me and the wave action can be frightening for younger swimmers.  Still, Coronado Island near sunshine-filled San Diego has some of my favorite, most pristine and kid-friendly beaches.  (Alternative:  Santa Monica, near Los Angeles;  it is tough to beat that famous pier.)

*** Maine —  I’m almost ready to forgive the cold water simply because of the charm and natural beauty of Maine islands and coastal villages.  Make no mistake, the beaches are generally pebbly and rocky (the southern coast does have sand) and your best bet to avoid freezing may be to dabble around looking for critters in tidepools, but there’s no doubt that it’s a perfect world when you spend crisp summer days Down East.

Make your kids try a lobster roll, and then eat theirs if they’re so foolish as to dislike it! (Alternative:   Misquamicut Beach in that small state with a big heart, Rhode Island.)

*** North Carolina’s Outer Banks —  Miles of barrier island coastline, some very remote and beautiful (Cape Hatteras National Seashore, with the famous swirly black-and-white lighthouse) and others teeming with cheesy beachside overbuilding (translation – plenty of miniature golf places for kids) means that you can probably find just the right affordable spot for your beach towel on the Outer Banks.

Kids adore the creations from Kitty Hawk Kites, too; buy, then step out the door and fly ’em. Don’t miss the founding-of-America history at the Lost Colony, and the Wright Brothers National Memorial at Kill Devil Hills.  (Alternative:  Go north to Virginia Beach, Virginia, which is OK but a little grubby and somewhat too raucous for younger ones.)

*** Hawaii —  Too many people only consider travel to Oahu and Waikiki, but there is an island and a beach (or two!) to suit every family.  Cast a wide net in your Hawaiian vacation planning.

Hanauma Bay on Oahu is noted for snorkeling opportunities, and Kailua Beach Park is nice as well. The Oahu North Shore is dramatic, but waves can be dangerous in winter. Kauai is particularly lush and tropical (try Hanalei Beach, Poipu Beach Park or Kekaha Beach Park.) The Kona Coast on aptly-named Big Island is full of kid-friendly resorts. (Alternative:  There IS no better alternative! The islands have plenty of variety to suit every age and disposition.)

That’s my beach roundup; hope you found it helpful.

I’m not as familiar with the Great Lakes but don’t want to leave my Midwest readers out, so if you have suggestions for beaches there or anywhere else in the US, please tell us in the comments below.